Whither to eat invasive species? From nutria to lionfish, interest has increased in how to encourage the use of invasives as a means of controlling them. While public and commercial use of invasive species could be an opportunity to support resource management, economic development, and environmental awareness, negative consequences can also occur. Success depends on many factors, yet little guidance is available on how to use incentivized harvest as an effective management tool. We will discuss the biological, ecological, human health, and socioeconomic factors involved in invasive species incentive programs, and offer recommendations to help support successful harvest programs.

Matthew Barnes
Serving invaders with a side of awareness: reflections on using harvest as an invasive species education and outreach tool

Researchers continue to debate potential positive (population and impact reduction, economic losses recouped through new profits) and negative (generation of economic incentives to encourage further introductions) impacts of harvest as an invasive species management strategy. Increased opportunities for invasive species education and awareness campaigns represents an important- but often overlooked- benefit of the such a strategy. Matthew Barnes has served as co-founder and editor of the blog invasivore.org since 2011, and in this talk, he will reflect on lessons learned eating invasive species as an educational tool during this time, highlighting promises and potential pitfalls for the future.

Jason Goldberg currently serves with the Office of Science Applications (SA) in the U.S. Fish and Wildlife Service as a natural resource policy specialist.  Prior to joining SA, Jason served for 13 years with the Fish and Aquatic Conservation (FAC) Program, including the Branch of Aquatic Invasive Species; Branch of Budget, Performance, and Policy; and Fish and Wildlife Management Assistance.  Jason has also previously worked for Rep. Neil Abercrombie as a Knauss Fellow and with NOAA's Office of Oceanic and Atmospheric Research in External Affairs.  Jason holds an undergraduate degree in Marine Science and Biology from the University of Miami (Florida) and Master's degrees in Marine Science and Public Policy from the College of William and Mary.

Susan Pasko currently works in the U.S. Fish and Wildlife Service’s Branch of Aquatic Species, serving as the as the Executive Secretary of the Aquatic Nuisance Species Task Force. In this role, Susan focuses on coordination and planning to ensure that Federal agencies are actively engaged and effectively responding to the threat of invasive species. Previously, Susan worked within NOAA Fisheries as the Aquatic Invasive Species Coordinator and a member of the Fisheries Strategic Planning and Evaluation Team. She holds a Bachelor degree in Marine Science from the Richard Stockton College of New Jersey and a PhD in Aquatic ecology from Kent State University. 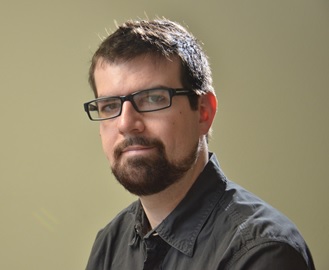 Matthew Barnes is an assistant professor in the Department of Natural Resources Management at Texas Tech University. His research is rooted in community ecology, predicting and explaining species distributions and dispersal in aquatic systems, with a focus on biological invasions. He utilizes a broad set of tools to address many different types of ecological questions, including predicting species occurrence with species distribution models and geographic information systems (GIS), detecting rare species through environmental DNA (eDNA) surveillance, and investigating species impacts through field observations and laboratory experiments. He also has served as co-founder and editor for the blog invasivore.org since 2011, using the concept of eating invasive species as a tool to promote education and outreach. Barnes earned his BA in Biology from Southwestern University followed by a PhD in Aquatic Ecology from the University of Notre Dame.

Biological control is the intentional manipulation of natural enemies to reduce pest populations. Classical biological control is the introduction of natural enemies from the native range of the target pest. This approach has resulted in successful control of aquatic weeds in southeastern U.S. including water hyacinth, alligatorweed, melaleuca, and giant salvinia. To successfully implement a biological control program, practitioners need to understand the life cycle, dispersal, and impact of the natural enemy. Monitoring weed and natural enemy populations is critical for the program since it helps to determine the impact during the growing season, limitations, and need for more agents or other control tactics.

Giant salvinia (Salvinia molesta) is a floating fern native to Brazil. Mats of giant salvinia cover canals, lakes, and ponds, resulting in the impediment of fishing, duck hunting, and transportation. Since 2001 the giant salvinia weevil (Cyrtobagous salviniae) has been used in Louisiana and Texas to manage giant salvinia. Adults of the weevil feed in new leaf buds, and larvae feed in leaf buds and rhizomes. Damaged salvinia turn yellow-brown and eventually sink. Field observations in Louisiana demonstrated that the impact of the weevil varies from complete control in southern latitudes to minimal control in northern latitudes. Early removal of salvinia due weevil damage led to the recovery of submerged aquatic vegetation and increase of dissolved oxygen. To maximize control of giant salvinia, practitioners should monitor densities of salvinia and weevil in early spring and determine the need to supplement weevils or apply herbicides.

More information can be found at these websites:

Water hyacinth (Eichornia crassipes) is an invasive aquatic weed that has been present in the U.S. since 1884.  It continues to be grown and sold in the aquatic plant trade.  Like other invasive aquatic species, water hyacinth affects freshwater industries and can cause undesirable ecological effects.  Mechanical, chemical, and biological control methods can be used to manage water hyacinth infestations and prevent further spread.

Alligatorweed (Alternanthera philoxeroides) is a South American wetland plant, introduced into the U.S. in the 1800’s. Infestations may form thick interwoven mats, leading reduced water quality, impacts to native species, and problems for boaters. Three biological control agents have been introduced into the U.S., providing rapid and near-complete control in many areas. However, alligatorweed persists in northern areas of Arkansas, Alabama, Tennessee, and North Carolina, where agents do not overwinter. In these areas agents are sometimes introduced annually but control remains limited. As of 2017, all agents are established and widespread but the alligatorweed flea beetle is most common. With mild winters as of late, natural flea beetle immigration into northern areas has provided some control without intentional introductions.

Lori Moshman is a graduate assistant in the Department of Entomology at LSU working in biological control of giant salvinia.  Her research focuses on winter management methods that can be used to increase overwinter survival of salvinia weevils in temperate climates.  Lori looks forward to graduating with her master’s degree in December 2017.

Nathan Harms is a Research Biologist at the US Army Engineer Research and Development Center, Vicksburg, MS. His research primarily focuses on biological control of aquatic invasive plant species and impacts of invasive species on invaded ecosystems. Since 2005, he has been involved with various aspects of biological control development and implementation, from overseas exploration for new agents to rearing, release and monitoring of control agents. Since He has worked on management of submersed (hydrilla, Eurasian watermilfoil), emergent (alligatorweed, flowering rush) and floating (giant salvinia, water hyacinth, water lettuce, water pennywort) invasive plants. Currently, his focus is on seasonal aspects of alligatorweed biological control along a winter gradient in the southern U.S.

Tom Hall
In 2014, the Ad Hoc Working Group on Invasive Species and Climate Change prepared a report for the Aquatic Nuisance Species Task Force and the National Invasive Species Council  entitled, “Bioinvasions in a Changing World: A Resource on Invasive Species-Climate Change Interactions for Conservation and Natural Resource Management.” The globalization of trade and transport is accelerating the risk of introducing potentially invasive species as they are moved both unintentionally and for deliberate purposes. At the same time, climate change poses a threat for the long-term. Combining the threats of invasive species with those posed by climate change can magnify the intensity associated with both issues. This presentation will summarize the findings of the report which serves as a guide to the methods, resources and assistance available for dealing effectively with invasive species and their interface with climate change at the site level, and to inform policy-making and planning at larger geographic scales.

Anne Garwood
Michigan’s Invasive Species Program is cooperatively implemented by the Michigan Departments of Agriculture & Rural Development, Environmental Quality and Natural Resources. In 2013, Michigan updated the Aquatic Invasive Species State Management Plan. This plan focuses on vectors or pathways by which invasive species are moved, to prevent the introduction of new AIS, prevent the dispersal of AIS, detect and respond to new invaders, and minimize the harmful effects of AIS in Michigan. By focusing on dispersal vectors rather than individual species, Michigan is able to implement and promote specific actions to address AIS without putting all effort into single species, and without having to train everyone in the identification and biological responses of each species. This approach to AIS management is particularly useful in wetlands management where many invasive species (both aquatic and terrestrial) can become established through land alteration activities such as construction, shoreline hardening, landscaping, and other habitat alterations.

Tom Hall is a wildlife biologist with the United States Department of Agriculture, Animal and Plant Health Inspection Service, Wildlife Services Program for the past 32 years.  He currently is an Environmental Coordinator for Wildlife Services in Fort Collins, Colorado.  He has also worked in Nevada, Oklahoma, California, Guam, Oregon, and Denver.  Tom received a Masters in Wildlife from Oklahoma State University.  He has worked with several invasive species including feral swine, brown tree snakes, nutria, starlings, feral pigeons, feral dogs and feral cats protecting a variety of resources including T&E species and agriculture.  He has been a member of the APHIS Climate Change Working Group and on the Invasive Species, Climate Change Task Force.

Anne Garwood is the Great Lakes Coastal Wetland Ecologist for the Water Resources Division in the Michigan Department of Environmental Quality. Anne works on wetland monitoring, invasive species management, climate change adaptation, and protection of coastal wetlands. Anne is a member of the Aquatic and Terrestrial Invasive Species Core Teams. Anne worked in the MDEQ regulatory wetlands program for several years prior to accepting the coastal wetland ecologist position in 2010.